Only Student, Only Education

Open the Future, Go to the World 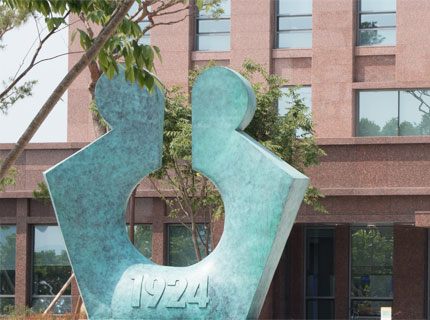 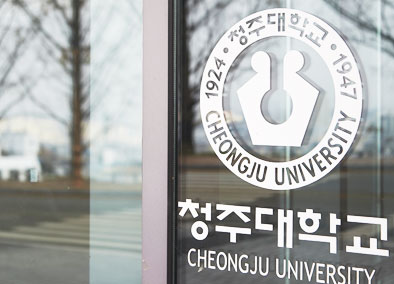 The University's symbol is composed of the Chinese letter ‘大' which represents the five educational directives of the academic foundation and humankind, and a pentagon representing a star that stands for students, the future leaders.

The symbol looks as if two founding brothers would make conversation to stand for human freedom, equality and philanthropy, and is shaped after a pen for the search for truth and the English acronym C, U that stand for Cheongju University.

The symbol is devised as a pentagon symmetrically right and left, back and front in consideration of economic effects for the use of various designs, in particular, the use of solid designs. 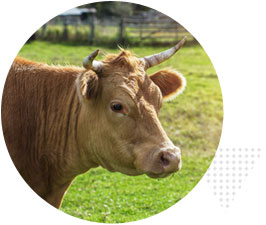 The animal emblem, the bull, represents peacefulness, tenacity and obedience. The bull is very close to human so much as to say that it is the ancestor of farmers. Generally, the bull stands for diligence, reticence and voluntary service. In particular, the bull is powerful and simple and often is compared to a man with guts and tenacity. Mt. Wooamsan (Mt. Wawoosan) where the university is located represents the bull and has a legend that says its landform is shaped like a bull's stomach. The university is inseparable from the bull. The symbol is devised as a pentagon symmetrically right and left, back and front in consideration of economic effects for the use of various designs, in particular, the use of solid designs. 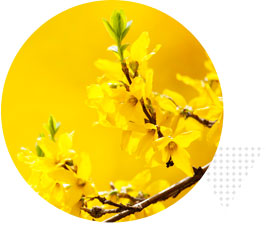 Forsythia is a native species in Korea. Its yellow flowers bloom in early spring before the leaves have grown. It stands for spring. It is well adapt anywhere in any condition. It has strong vitality. When it blooms, it makes a magnificent yellow spectacle. It gathers together to form a flower garden, which symbolizes humbleness and voluntary service. When the campus was under construction, forsythia was planted in masses. 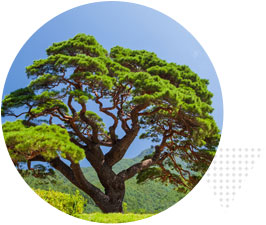 As shown in our national anthem, the pine tree symbolizes the spirit of our nation. In winter, most trees shed leaves and became thin, but the pine tree remains unchanged even against the harsh winter weather (cutting wind, frost and snow). It is the symbol of national spirit and integrity. As part of the 50th anniversary project, a forest of pine trees was built in the old campus. The ubiquitous pine groves in the campus boost the unswerving spirit of our students.